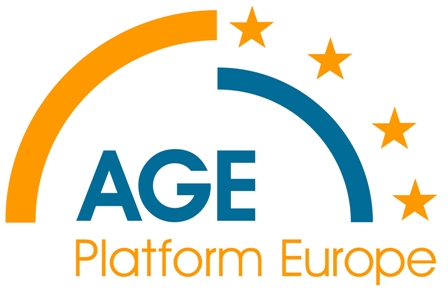 AGE Platform Europe is a European network of organisations of and for people aged 50+. Its membership is open to European, national and regional non-profit organisations.

AGE was set up in January 2001 to represent the needs of older people towards the European institution with a single voice, as well as to strengthen the cooperation between older people’s organisations across the EU.

– AGE aims to voice and promote the interests of the 150 million inhabitants aged 50+ in the European Union towards the European institutions and raise awareness of the issues that concern them most.
– Establish a resource centre for organisations and associations representing and/or working on behalf of people aged 50+.
– Strengthen and develop cooperation between its members.

– Campaign for an age-friendly European Union by 2020 and call for a Covenant on Demographic Change.

– A large representativeness of the European inhabitants aged 50+ and retired.

– Strong attitude to stress the importance of the role and active participation of the seniors’ in Europe.

AGE is co-financed by its members and the European Commission