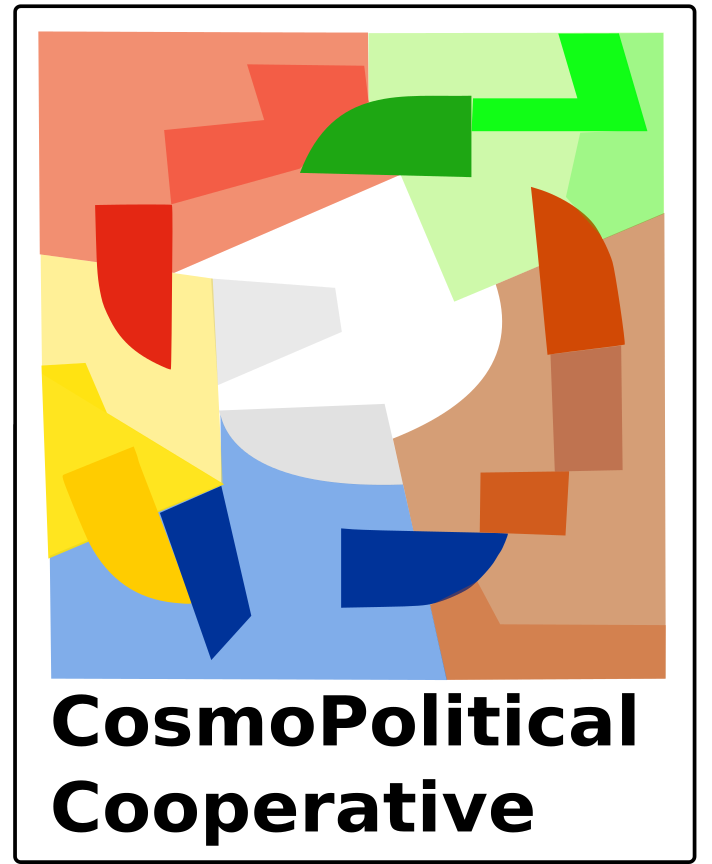 We go beyond the “little things for the environment” performed at the scale of the individual. We engage in collective action.

We build a cooperative for social, economic and political transformation, whereby we mean that:

• we transform the economy, society and the political system;
• we operate democratically, at the scale of the European Union, under the statute of a European Cooperative Society.

We unite the people that work and act together - that cooperate - in a democratic way, at the scale of the European Union, towards making our vision of a just, sustainable and happy society for the 21st century, the Society of Agreement, a reality. The Society of Agreement is based upon three mutually-supporting pillars:

1. pan-European democracy, in all public institutions and private organisations;
2. social justice and confidence in the future for all;
3. environmental sustainability, specifically: Greenhouse Gases emissions below net-zero.

Initiative without a legal form

The Society of Agreement is based upon 3 mutually-supporting pillars:

(Learn more on the meaning of these three pillars)

In the Society of Agreement, everyone enjoys his/her fundamental human, social and economic rights, lives from his/her work, in decent living conditions compatible with the finite resources of our planet, and is confident in his/her future and in that of his/her children, for the generations of today and those of the future. In this society, every citizen participates in a democratic policy- and decision-making at the scale large enough to have an impact, that of the European Union, and in all public institutions and private organisations. The Society of Agreement is comprehensively described in this document (ca. 60 pages).

The three pillars of the Society of Agreement support each other and are intimately inter-linked. Environmental sustainability is the condition for human civilisation to exist, and thus for justice and democracy to have a meaning. Social justice and confidence in one’s future are the prerequisite for the deep political agreements, long-term vision and frugality that sustainability requires. Democracy at all scales is the only area in which human autonomy can deploy in a sustainable, and thus materially-constrained, world. Only a strongly united and deeply democratic European Union has the political power and legitimacy to implement on time these deep transformations of our society, and to overcome the foreseeable resistance of economic and financial interests (learn more).

We transform society, the economy and the political system towards the Society of Agreement as described here.

We transform the economy, society and the political system

We start acting now, within the existing legal, regulatory and public budget framework, by:

We undertake a “30-40-50 Strategy” to reach the three pillars of this vision in parallel axes of effort, with staggered objectives:

In our views, pursuing these three lines jointly and in parallel, being equally radical in the pursuit of each of them, in a coherent, long-term roadmap, is the only means to overcome the global challenges of the 21st century;

We operate democratically, at the scale of the European Union, under the statute of a European Cooperative Society

The CosmoPolitical Cooperative is currently under construction. As a cooperative society, it will be self-funded, with its own capital, brought by its Cooperators.

The CosmoPolitical Cooperative is in a paradoxical situation: