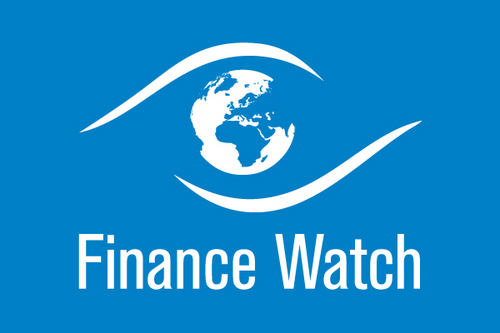 Finance Watch is an international non-profit organisation founded in Brussels on April 28, 2011. It was created at the initiative of a group of 22 members of the European Parliament concerned with asymmetries of representation of civil society in the field of financial reform. Finance Watch is an independent body aiming to increase the participation of civil society in the financial reform legislative process.

Strengthen the voice of society in the reform of financial regulation by conducting citizen advocacy and presenting public interest arguments to lawmakers and the public as a counterweight to the private interest lobbying of the financial industry.

12 propositions for reforming our financial system