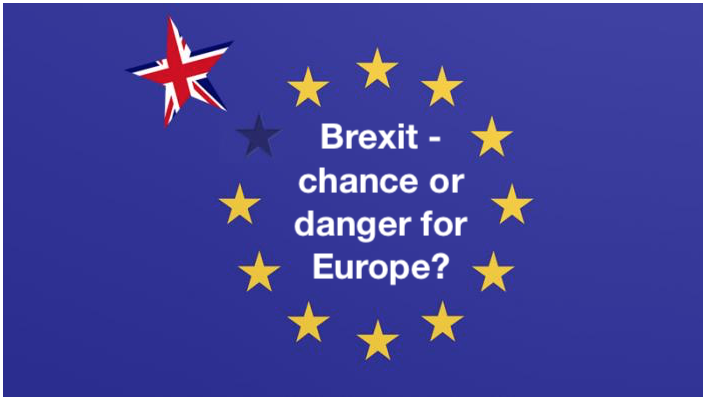 Brexit – chance or danger for Europe?

Submitted by
Our New Europe

A test of democracy and citizens’ participation

Brexit is reality – a historic moment, not only for the UK, but also for the EU! Will now other countries follow, nation states triumph, and the EU crumble? Or could Europe use the Brexit as a chance for a new beginning – a reset for a more democratic, more participatory Europe? This is the very question: “to be – or not to be!”

The EU could fail if it is not fundamentally reformed. For years, the ever closer, ever more centralized Union has been facing internal divisions, crises, opposition of member countries, and  dwindling confidence among frustrated and disillusioned citizens – and now Brexit, the most serious challenge: for the first time, a member country is leaving “Europe”!

Yet these frustrated citizens could also stand up and use this major crisis as a major opportunity for change! Our New Europe therefore invites them to do just this: to give their opinion on Europe’s future, on democracy and the role they want to play – as a test of their  readiness and willingness to assume responsibility for Europe.

If this test is successful, if millions of committed citizens explicitly ask for a new Europe of, with and for the citizens, and if they insist thereafter, in ever growing numbers, the politicians will have to follow their constituents and create with and for them a new, more democratic, participatory and diverse Europe – democratically, in referenda!

After several years, Our New Europe, is still largely unknown – a chnallenge for  CFEU, since  “Citizens for Europe are civil society actors supporting each other to create a participatory and democratic Europe.”

CFEU and its members are thus uniquely qualified and kindly invited to promote Our New Europe and its “after Brexit” campaign, according to their wishes and objectives, using their own means, networks and members, including newsletters and social media, as well as – if they want – a partnership with Our New Europe.

Europe – beacon of democracy, prosperity, peace, freedom and human dignity in the world!

The need for more democracy and more citizens’ participation in the EU is widely recognized – among both EU advocates as well as EU opponents and sceptics, including, certainly, CFEU members: