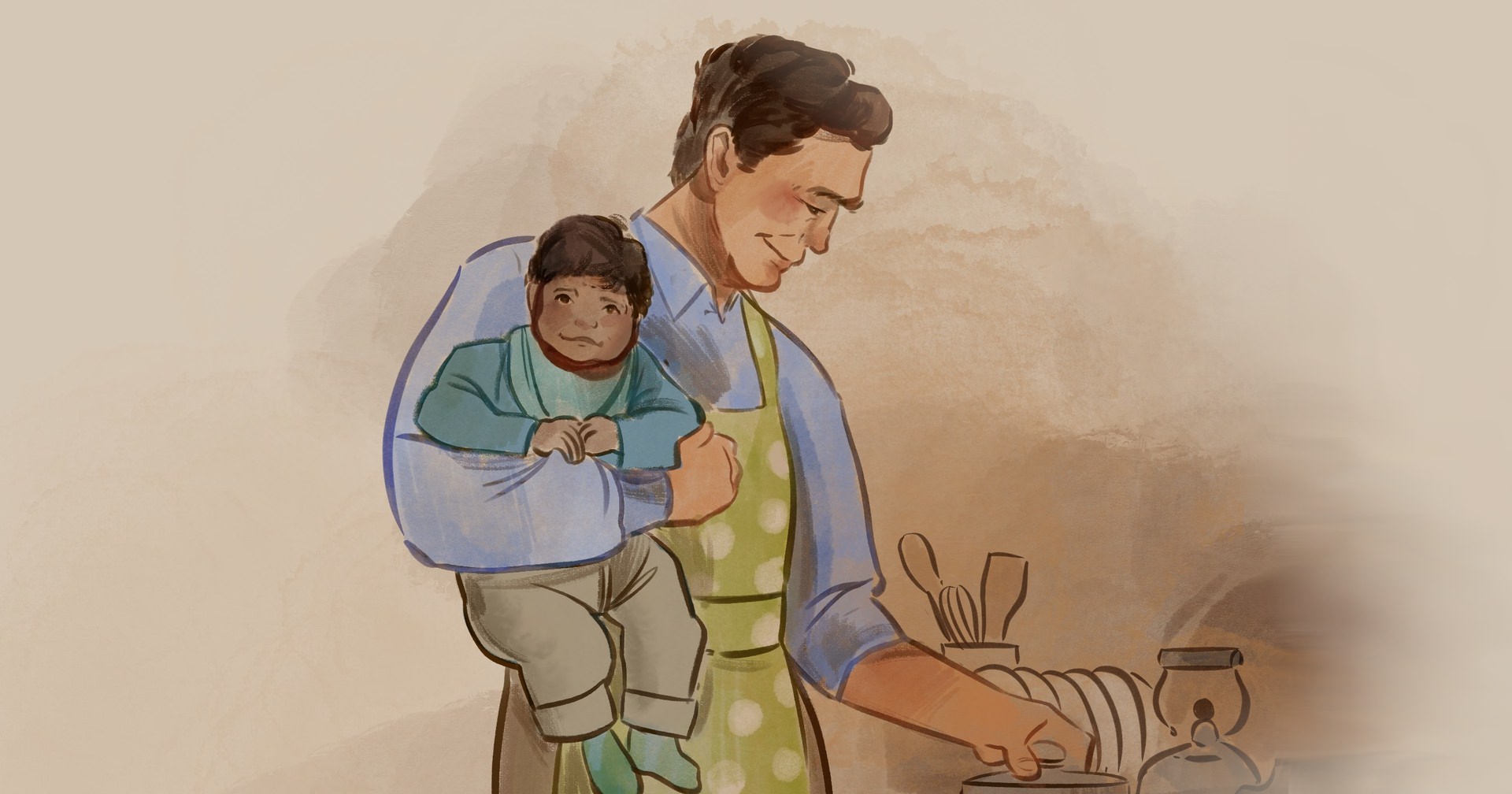 4 months paid parental leave + 10 days of paid leave for new fathers + 5 days of paid carers’ leave! This is the proposal in a new EU directive on work/life balance which could be passed before the end of this year. But ministers from several EU Member States don’t want to pay for the leave and are blocking the directive. Let’s tell them that we demand minimum rights for parents and carers and fair, paid parental leave for both mothers and fathers.

Three parties take part in the negotiations: the European Parliament, the European Commission and ministers from EU Member States. The negotiations will end this year and the directive will be up for approval in the Parliament and by the Commission. If we don’t manage to convince our politicians to support the directive during the coming months, our only chance might be gone!

Fathers in Europe still don’t spend enough time with their kids. The burden of childcare falls mostly on women.  Men in Europe are usually not granted paternity leave or adequate parental leave, and when they are, it is short and often unpaid. As a result, fathers don’t stay with their kids even if they want to, and give up their leave to mothers. At the same time, mothers can’t get back to work, and end up being paid less in the course of their careers.

With this new EU law, we can change this! Four months of paid and non-transferable parental leave for both parents, 10 days of paid paternity leave, and 5 days of paid carers’ leave: this will give fathers the opportunity to get closer to their kids, and mothers to rest and get back to work more easily. It will also make caring for the elderly easier. Finally, it will help to equalise the pay of women and men in all European countries.

The EU cares a lot about business, markets and investment, but ignores the everyday lives of millions of European families. Now there is a chance to change that! Thanks to the new directive, millions of tired young parents and carers across Europe would be able to rest, work and spend quality time with their kids according to their needs. We all deserve a European economy which works for society!

To get there, we need to convince at least 7 ministers from 7 different EU countries and put pressure on Members of the European Parliament (MEPs) and the European Commision. With our partners (European trade unions and civil society organisations), we will deliver our signatures to our politicians. With our combined efforts, they will have to see that not only their own citizens, but tens of thousands of people from all over Europe, are counting on them.

The work/life balance directive is an exhaustive new law which would grant important rights to parents and carers of dependent relatives. These include new types of leave, minimum allowances and flexible working options. Most importantly, it will give both parents the right to a minimum of 4 months of paid parental leave, which they cannot transfer between each other, and 10 days of paid paternity leave.

The directive also proposes improvements for those who take care of their ill, disabled or elderly relatives. They will gain the right to minimum five days of paid leave to take care of family members who depend on them.

Our community has intervened time and time again for people in need by fighting for their rights. Today, we have a chance to stand up for ourselves. This directive could improve the lives of millions of new parents across Europe. It would help men to adapt to being fathers and share child-caring duties, and it would protect women from being discriminated against in the workplace for fear they might go on periods of long leave.

Finally, according to the proposed law, the 10-day leave on the occasion of the birth of the child would apply to heterosexual and same-sex couples alike. This directive would be a big step towards a truly progressive system we could all be proud of.

We urge you to support the new work/life balance directive being discussed and agreed by ministers, Members of the European Parliament and the European Commission. The directive proposes EU-wide minimum standards that would give more rights to parents and carers: leave, allowances, new flexible working opportunities, and the establishment of 10 days of paid paternity leave, 4 months of paid and non-transferable parental leave for both the mother and the father, and 5 days of paid carers’ leave. This directive will encourage men to take care of their kids, and improve the sharing of family responsibilities. It will improve the lives of millions of young parents and carers across Europe, strengthen women’s positions at work, and improve gender equality.