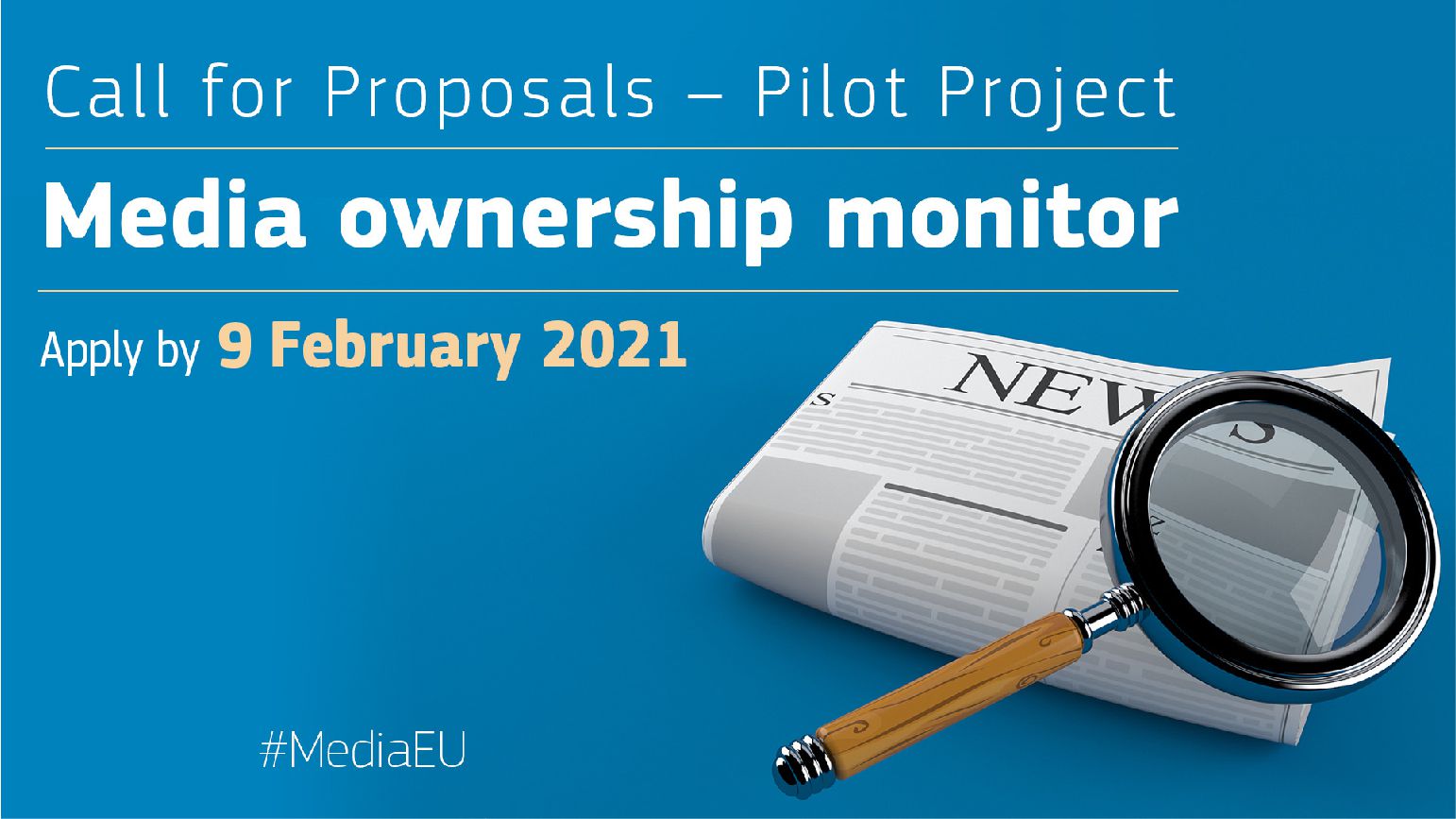 The European Commission is launching a Call for proposals for the Pilot Project “Media ownership monitor”.

As a part of its wider efforts to support media freedom and pluralism, he European Commission launched a call for proposals to establish a Media Ownership Monitor, with the maximum amount of the grant being €1 million. The call for proposals is open to non-profit organisations (private or public), international organisations, universities, educational institutions and research centres working in the field of media freedom and pluralism .

The need for such a tool has come about due to the increasing trends of the concentration of ownership in digital and traditional media and the consequent risks to media pluralism.

– Duration of the action: 1 year