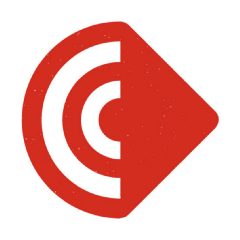 Now, the results of the Renew grant are in!

After receiving 41 proposals out of the 160 members of FundAction, the community reviewed by commenting and voting all the applications. Resulting of this process, eleven applications made it to the next step.

From then on, a P2P Review Panel composed of random members from the community had the responsibility to decide which applications received funding. We will soon publish a longer article on how the process of the panel was outlined and developed; but for now these are the guidelines for scoring the panel developed based on the values of FundAction:

London Renters Union is a new social movement tenants union that has grown directly out of of the housing movement in London. The Renew grant will be used to consolidate their work by producing activities such as developing the member’s support processes or launch a London-wide campaign.

The panel decided to fund it because It addresses a systemic problem and London is probably the best place to start identifying and testing alternative systemic solutions. There is potential to be a replicable project in other places.

Created in 2017 FemFund is the only women’s grantmaking fund in Poland. It was set up by a collective of three activists in the context of skyrocketing backlash to support feminist movements. FemFund provides flexible small grants for women-led activism and organising via a participatory grantmaking model. They’ll launch the second call for proposals for feminist groups and NGOs and award, in a participatory way, at least 12 small grants up to EUR 1 000 each.

The panel decided to fund it because the project is answering to a specific need and problem facing women in Poland so it seems crucial to intervene now (momentum). The fact that the Feminist Fund already had its first round of grantees is a plus because they have the opportunity to learn from that process, adapt it and make it better through this FundAction grant.

Mwasi Collectif is planning an afrofeminist summer school in France for 55 black womxn. They want to extend the work they have been doing, to share knowledge and practices. It will be a 3 day seminar with trainings and workshops, animated by black womxn activists. This afrofemist summer camp aims to bring together grassroot activists and Individuals to train, share, strengthen and build their skills.

The panel decided to fund it because the proposal builds on the existing experiences and commitment of the group so it has the potential to reach out a wider community and transform one-time events into a movement. The target group is very well identified and even though the actions are focused on a francophone public, it offers numerous possibilities to expand the reach of their actions.

Renew Magacin — social and cultural center available for all

The Association “Independent Cultural Scene in Serbia” is the key representative of the interests of the civil society in the area of culture and art in Serbia formed in Belgrade in 2011. As a joint platform of organizations, initiatives and individuals, it currently gathers 84 members.Those who are based in Belgrade are using (under not clear legal conditions) a former warehouse space in public property. Less than one third of the whole space of Magacin is in use, and the rising need for it is highly noticeable. With FundAction grant, they want to refurbish and set-up as much of the space as possible. And parallel to that they will advocate for a new type of institution based on the civic-public partnership.

The panel decided to fund it because the group has a good experience in placing the space as a point of encounter for the community. They have a good infrastructure and interesting processes in place and proved that they have the capacity to react to situations when they need to defend these things.

The Fearless Cities movement is a vast informal network of municipalist organisations aimed at promoting the radicalisation of democracy by following a municipalist political strategy and putting local politics at the center of the political debate. A list of municipalities with fearless movements can be found on www.fearlesscities.com. With the FundAction Renew grant they will set up a campaign based on three pillars: 1) campaign within the network about the feminization of organisations (diagnosis + publication), 2) campaign directed at the general public (press articles, online campaign), and 3) production of policy proposals around the topic (collective production + publication).

The panel decided to fund it because Municipalism is a growing alternative solution for many issues, it is interesting to see this perspective used to advance more feminized politics.

The School of Public Life works in Hungary to ensure that marginalized groups are aware of their rights, can articulate their needs and interests, and possess the skills and knowledge necessary to enforce these in practice. They have received Renew grant for two semesters of our educational program, in the course of which they will organize the following trainings: Advocacy and Base Building; How to Organize an Activist Group; Facilitating Group Discussions; Strategic Planning; Communication in Advocacy; Gender Inequalities in Advocacy; Critical Pedagogy; Social Inequalities and Citizenship Rights.

The panel decided to fund it because the project is implemented by a team that knows exactly what to do, did this successfully already and is agile in adapting to new training needs. It answers to the particular challenges faced now by citizens in Hungary and also to the need to go back to basics (how to get engaged in the public life).