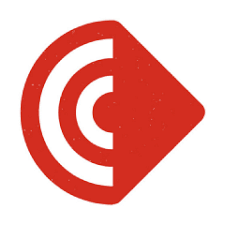 By Carmen Dupont. Carment Dupont is an advocate and organiser with over one decade of experience campaigning on the rights of people on the move. She coordinated regional campaigns at Amnesty International before spending several years in Lesvos to support grassroots efforts led by local and refugee activists. Carmen is passionate about connecting people and issues around deep, positive change (Think big or go home!). She believes in the power of curiosity, active listening and asking new questions. This curiosity brought her to FundAction in 2018. In July 2020 she joined the Facilitation Group, who is responsible for the daily coordination of the fund.

But is participatory grantmaking really becoming an established practice? Are funders and activists walking the talk, or is there a gap between theory and action?

Through the lens of Fundaction as a PGM practitioner, we want to offer some reflections on these questions. To mark our fifth anniversary, we decided to take an honest look at ourselves and to carry out an independent review, which can be consulted here. We hope our unique experience and our learnings can inspire interested activists and funders.

Nothing about us without us

Participatory grantmaking aims to shift decision-making power over funding from funders to affected communities and activists working on the frontlines. In other words, at FundAction we fund what communities need, not what funders fall in love with.

As an activist-led participatory grantmaking fund, we bring together a community of over 250 grassroots activists working in movements across 29 countries in Europe on a diverse range of issues. All members share a commitment to deep transformative change in their daily work – towards a regenerative economy, a fair world of solidarity and a healthy planet.

Our activist members decide collectively how they redistribute the funds among themselves through an online platform. Once proposals are up, all members can comment and in a next phase they vote. Funders of FundAction play an active role in terms of learning and advising but they have no decision-making power.

FundAction launched its first grant round in 2017. Since then, we have distributed over 700.000 euros to more than 120 projects, our community has expanded, and we have further developed the organisational framework of the fund.

Shifting the power to movements

FundAction supports movements’ daily work on deep transformative change by facilitating access to flexible and low-bureaucracy funding that meets their needs and aims (no need to adjust to wishes or restrictions imposed by the funder).

We envision for FundAction to further grow as a financially stable and thriving participatory grantmaking fund that facilitates unrestricted and long term funding to movements. This way, movements can focus their energies, expertise and organisation power on the actual work of creating transformative change. They are joined, supported and advised by funders and people of wealth who trust them and who share their values and vision for change.

Also, in practice, movements regularly run into competition with one another over funding. The FundAction model seeks to replace competition over funding with a democratic platform for exchange, collaboration and sharing of resources among activists.

Overall, our model is centred around trust, which means less resources are going into applying and reporting.

On the level of funders and people of wealth, we work to facilitate deep transformative change by sharing our lived experience of participatory grantmaking and by inviting funders to join the journey, shift power and become catalysers of this much needed change in philanthropy. We want funders and people of wealth who share our values to take up this struggle with their peers in philanthropy and to help us grow support.

Turning to the daily challenges of practicing PGM, one of the key issues that came out of our five-year review is that only a relatively small proportion of FundAction members is active and engaging. In the end, the same group of people shows up to apply, comment and vote during grantmaking processes and to participate in general activities.

A key barrier to engagement is lack of time and capacity. Members who participated in the five-year evaluation agreed that due to their busy activism they simply do not have much spare time to devote to FundAction. People also referred to the limitations of being mainly an online community. They find the online platform complicated. It takes time to find your way around. Time that busy grassroots activists don’t have.

We also learnt that these challenges are very much linked to the absence of an induction process. At the moment, new members get invited in by an existing member. However, there is no consistent induction process in place where new members get information about FundAction, what participatory grantmaking actually is and what kind of engagement we expect from each other in the FundAction community.

Our intention is to better inform new and existing activist members in order to mobilise more engagement. And for whoever might be interested while reading this, the community has decided to open up membership in the future. Interested activists will be able to apply for membership through the website, which will list all necessary information including eligibility criteria.

Another important conclusion of the five-year review which affects they daily functioning of the fund has to do with governance, capacity and power.

While the daily coordination is in the hands of a Facilitation Group, the members community is the highest decision-making body. They make decisions online or offline (at the Annual Assembly). Participatory decision-making processes are at the core of FundAction. But it comes with challenges. As already mentioned, it requires time and resources to mobilise members to take part. The review showed that members feel there is a gap between the Facilitation Group and the community as a whole.

It is crucial for us as a community to keep investigating power dynamics that show up and to not be afraid to devote resources to strengthening our internal capacity, which will allow the fund to grow and to consolidate. In fact, FundAction is in the process of becoming an independent legal entity after having been fiscally hosted by EDGE Funders Alliance in its formative years. We are using the outcomes of the review to shape the new governance structure of the fund and to remedy some of the key challenges around governance, power and capacity.

And finally, turning our gaze to the philanthropic community, in our experience the key challenge remains for funders to move from rhetoric to action. The reality is that, while funders often praise FundAction as an example of PGM in action, that doesn’t translate in FundAction securing steady and long-term funding. While we have seen an increase in support from individual people of wealth over the years, we haven’t been very successful in securing funding from institutional donors, beyond the founding foundations of FundAction. Some of the founding foundations are also scaling down or fading out their support after the formative years, hoping new institutional donors will step in.

In practice, many funders are not yet ready to let go of their power and to put their trust in the communities and activists on the ground. While PGM is a trending term in philanthropy, there is a risk that the term gets co-opted and that it is used all too lightly for a practice that isn’t genuine participatory grantmaking. It seems that some funders want to engage in PGM, but only on their own terms, which defeats the purpose all together.

At the crossroads of philanthropy and movement work, participatory grantmaking has huge potential for systems change by shifting power from funders to movements. For it to become an established and growing practice, both funders and movements have to fully get behind its values, engage and step up.