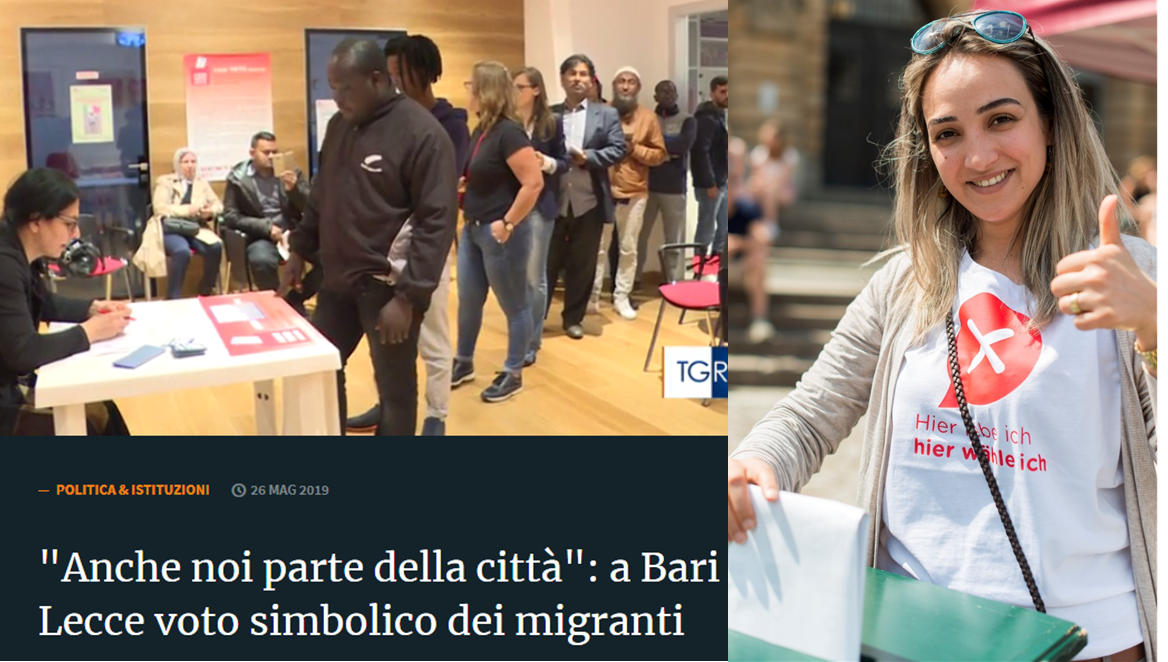 Non-EU-citizens had no voting rights at the last EP election and in many EU-states also at local elections they are excluded from the basic democratic right – the right to vote. But in some European cities they did not wait and stood in line in front of the polling stations to demonstrate their will for equal participation.

On or around the EP Election day 2019 in Bari, Berlin, Lecce, Freiburg und Chemnitz symbolic polling stations opened and included the residents without voting rights, they could vote for the European Parliament, the local council or the new mayor of their city.

In Bari every fourth migrant of the city participated in the symbolic election on 26 of May, same day in Freiburg over 1.000 residents did vote for a symbolic city council and gave a 97 % YES-vote in a referendum on an EP-resolution (2003), which promotes a local plus EP-voting right for all residents in all EU states, if the reside legally for more than three years in an EU state.

Symbolic elections are a positive and visible YES for democracy, the campaign

As part of a long-term networking effort a bilingual website was established -including a manual for symbolic elections – as well as a facebook appearance plus local active Instagram account. Parallel person to person meetings were brought to life and took place in Freiburg, Stuttgart, Nürnberg, Paris and already one visit on action has lasting effects. The national initiative for voting rights of immigrants in France, the collectif “J’y suis, j’y vote” has already started to plan symbolic elections in March 2020, also migrant councils in Bavaria/Germany have decided to organize symbolic elections at the state election 2020.

A good way to practice the democratic future. And to do it together.