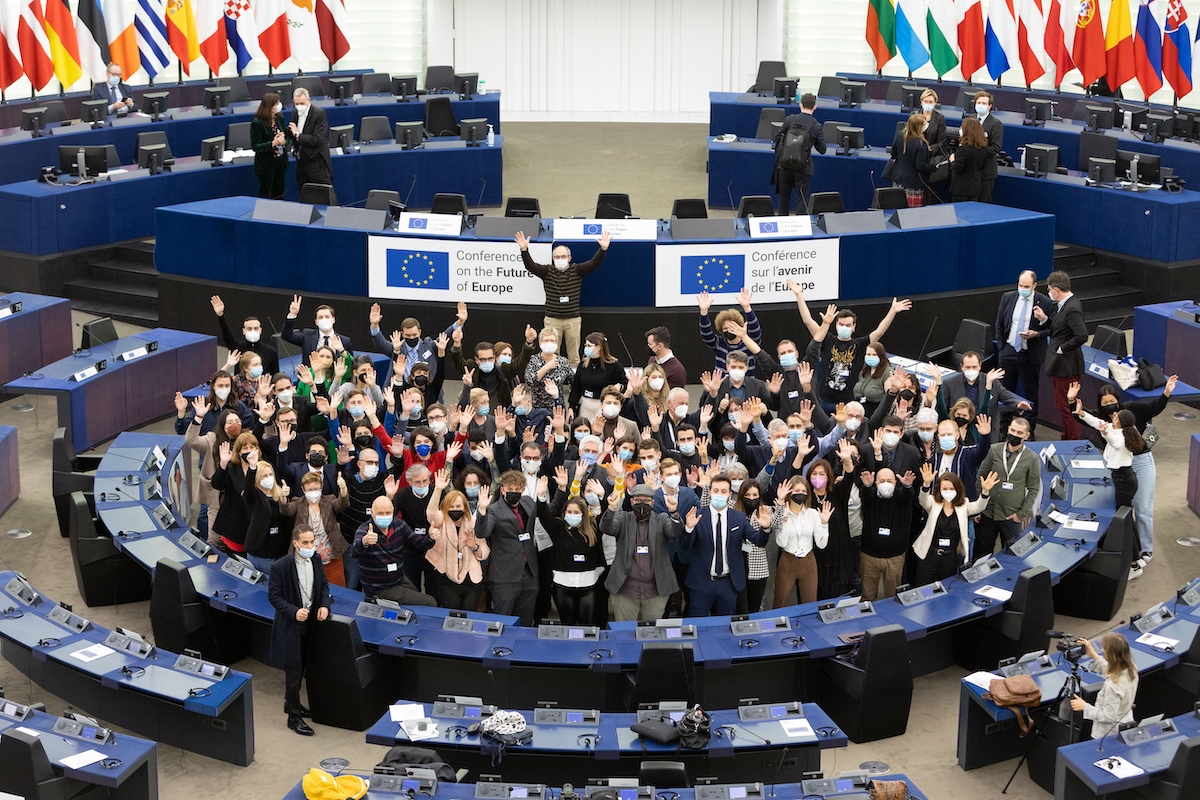 [Report] Conference on the Future of Europe: What worked, what now, what next?

The grand rhetoric surrounding the Conference on the Future of Europe when it was launched in 2021 did little to overcome political realities. Critics claim that process-related problems and a lack of visibility have left the Conference in the doldrums. Yet, there is still time for political interest to match the enthusiasm of the citizens actively engaged in the Conference and for this initiative to end with tangible results.

That is the conclusion of this Conference Observatory report, which is based on exchanges held by the Conference Observatory High-Level Advisory Group, co-chaired by Brigid Laffan and Herman Van Rompuy. The report argues that the final CoFoE phases must – and can – tackle the important concerns building up in terms of the buy-in, organisation and legitimacy of the Conference and that the entire experiment with participatory democracy can add value to the ongoing efforts of reforming EU democracy. To that end, it provides lessons for the future from the process so far, suggests actionable results in the remaining phases, and proposes new forms of citizens’ participation in EU politics that build on past experience.

Based on a detailed analysis of what worked and what didn’t, there are five must-do’s for the next phase of the Conference:

Finally, the report puts forward four options on how to incorporate new participatory elements in the EU’s democratic process after the Conference ends:

These ideas are non-exhaustive and can be combined to offer both top-down and bottom-up approaches to strengthening, deepening and rejuvenating EU democracy.