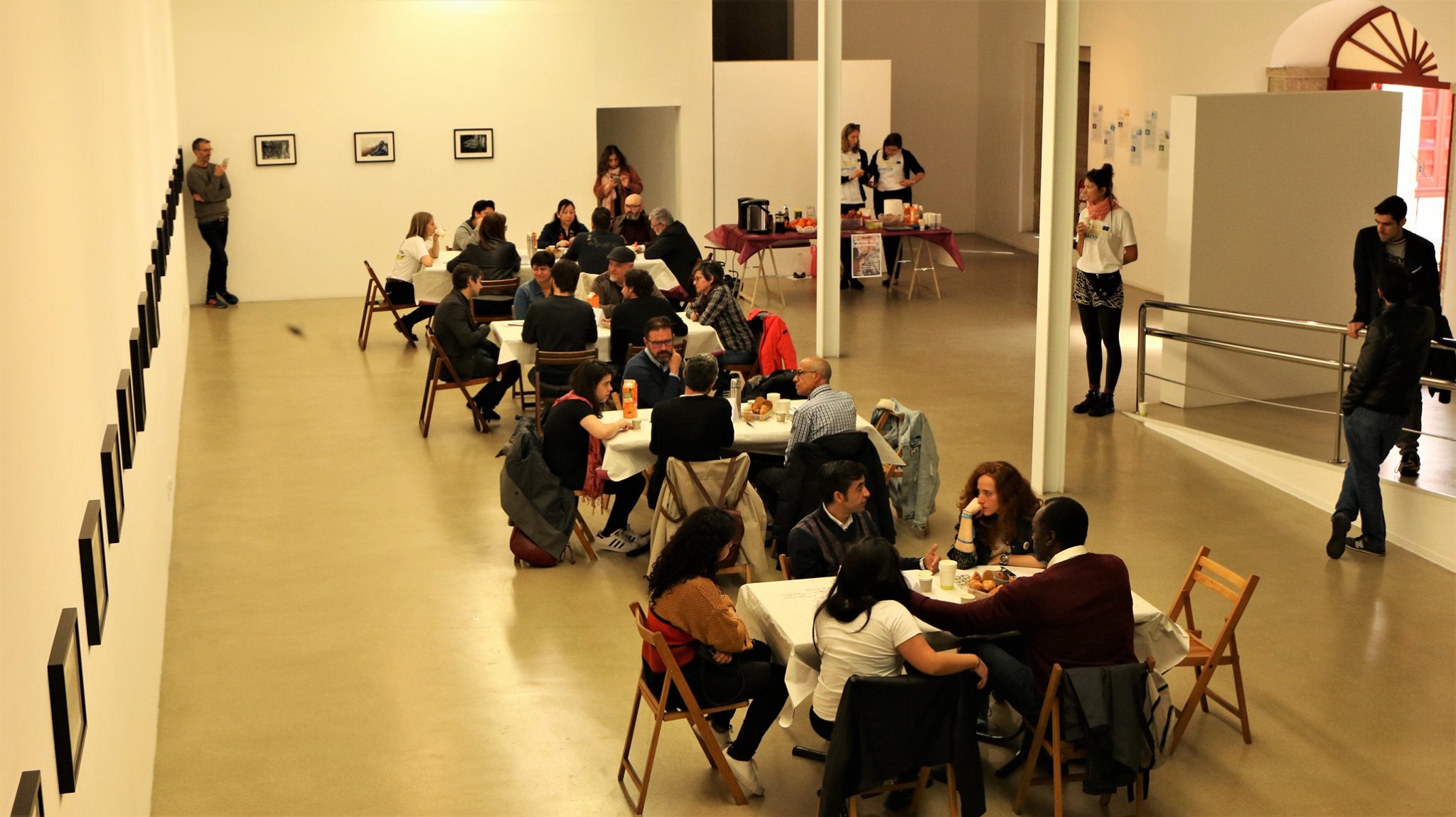 With the grant from Citizens for Europe, we organized VozEU: the first European Democracy Festival in Spain. On the 18th of May, we organized a day filled with many different activities to promote the European Elections and talk about the future of Europe: music performances, art corner, workshop on cybersecurity, human travel diaries, moving debates, info market and networking, breakfast with politicians, games, international lunch, an exhibition and inspirational speeches.

All this took place at the cultural centre Torrente Ballester and youth house Casa da Xuventude in Ferrol (Galicia). Leading up to the event, we also organized a side event during one of our language exchanges to promote the festival and celebrate the Day of Europe (9th of May).

The reason why we developed a democracy festival was to discuss Europe and serious issues in a more interactive and informal way. It also aimed at bringing Europe closer to the people and showing visitors what Europe does and what it could mean for them (for example promoting mobility and involvement of the EU on the local level). The idea was based on the tradition of discussion festivals in Nordic countries, bringing together a wide variety of groups in society to discuss pressing issues (NGO’s, companies, politicians, entrepreneurs, individual citizens etc.). We also aimed at including as many different groups as possible, which resulted in the wide variety of activities and people present. In doing so, we hoped to encourage more people to vote during the European Parliamentary Elections on the 26th of May. During the festival, there were also small videos promoting voting and giving more information about the elections.

It was rewarding to see the result and bring this tradition to Spain for the first time, especially in a small place like Ferrol in the corner of Spain. At times it was difficult to engage the people and get them excited about discussing Europe, also because politics tends to be a culturally sensitive topic here in Spain. A discussion festival is not part of the tradition and people are hesitant to get involved, yet we are happy with the result and we managed to inform more people and perhaps create a new annual tradition.