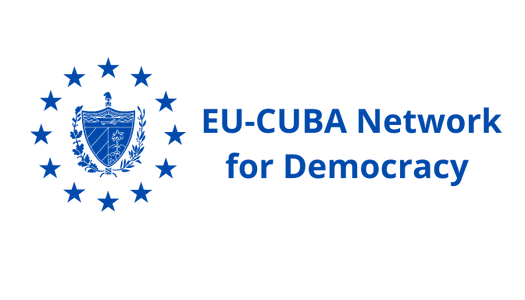 EU-Cuba Network for Democracy : The first-ever European network of organizations working on EU citizen integration, advancing democracy, Human Rights and the Rule of Law in Cuba.

Through diplomatic action and political involvement the EU-Cuba Network for Democracy aims to establish a constructive dialogue with regional and national governments, the European Union, and  international institutions to defend basic Human Rights and the Rule of Law in Cuba.

The democratization process of Cuba needs an engaged international democratic community to accompany pro-democracy groups in the process. We also aim at bridging the ideological gap in favor of a democratic transition in the Cuban diaspora. Since 1959, the social and economic rupture between the state and the citizenry has created a chronic state of fear and mistrust in the regime. Cubans have a duty to reconcile their differences and work together in order to regain democracy and freedom for all again.

Founded in Brussels in 2017, Arte-Magna International (AMI)-ASBL is an international organization and network of Cuban democracy and human rights defenders. Our mission is to advance democracy, create and promote democratic institutions, fundamental rights and international cooperation. We are partnered with different institutions, associations and individuals from different countries in favor of the Rule of Law in Cuba. We advocate for Human Rights throughout the world, with particular emphasis on Cuba.

Through its various events (campaigns, vernissages, installations, performances, workshops, exhibitions, conferences etc.) in Belgium and abroad, our association wishes to inspire everyone to raise their voice against tyranny and oppression from totalitarian regimes.

We denounce the continued violation by the Cuban regime and demand the immediate release of all political prisoners in Cuba.

We currently finance our activities by donations made by our members.