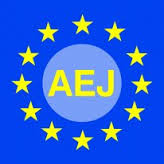 Across Europe, the AEJ brings together individual journalists through their membership of the national sections.

T he AEJ was set up in 1961 in the then six EEC-countries and was founded by 70 journalists, convinced by the need for European integration in a democratic way who believed in the potential of journalism to promote European harmony. For that reason they were determined to defend the freedom of information and freedom of the press in Europe. There are now more than 20 sections, independently established in countries that belong to the Council of Europe. Members in each section are drawn from a wide spectrum of the media staff and freelance contributors to television, radio, national, regional and specialists newspapers and periodicals and the new media. Membership in each section is open to all journalists including foreign media representatives based in the country.

The list of national contacts is available at the adress www.aej.org/page.asp?p_id=9