D’EST is a Franco-Russian platform intent on opening up a dialogue between Russian civil society and European decision makers and opinion formers. We believe that development and democracy depend not only on high politics – constitutions, parliaments, governments - but also on grassroots initiatives, such as schools, courts and local government.

The life of any country cannot be narrowed down to strategic interests and geopolitics alone: economic and social questions are of equal importance. Likewise, no country can be adequately represented by a single leader. Ordinary citizens are representatives too and have the power to shape public opinion. Freedom of speech and pluralism are an essential part of the democratic development, but they are impossible without the flow of information and a real dialogue.

Meanwhile we can conclude that the existing Russian public and governmental agencies at most levels have largely imitative nature. There is little understanding of the importance of basic values and little conception of how to tackle basic problems. There are few functioning mechanisms and a lack of practical skill in applying them.

We have three objectives. First, to forge ties between the Russian and French publics by means of educational exchange programs; second, to draw French politicians’ attention towards the importance of social issues in Russia; third, to create an open platform for dialogue on the situation in Russia, presenting different points of view and looking for best solutions.

In pursuit of our aims, our main activities include: organising educational exchange programmes for the young representatives of the Russian civil society on different subjects in France; organising expert missions for the senior Russian political scientists, economists, sociologist and NGOs’ representatives to France in order for them to meet with the leading French journalists, politicians and experts; lobbying the interest of the Russian civil society amongst the opinion leaders in France and Europe.

Being a part and an active member of the Russian civil society, working closely with the Russian NGOs, human rights defenders, activists, journalists, municipalities and independent politicians on the one hand, and having access and a possibility to communicate regularly with decision makes, journalists, researchers, experts and think-tanks in France, on the other hand, allows us to develop links on various levels, as well as to create an individual approach of reinforcing a dialogue between the two countries. 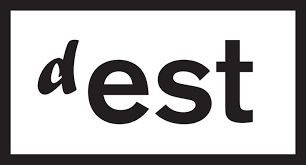