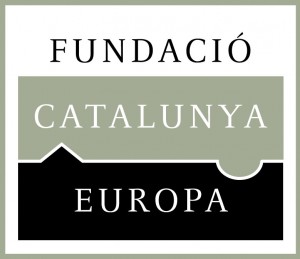 The Catalonia Europe Foundation (FCE) is a private non-profit organization, politically independent and ideologically plural.
The FCE was born in 2007 under the will of former President Pasqual Maragall.

The mission of the Fundació Catalunya Europa is to invest in the search for knowledge and best practices that embody this European ideal of democratic, civic, economic, and social excellence, with the certainty that Catalunya has a great deal to offer, and even more to learn.
The activity of the foundation will be guided upon the conviction that the free circulation of ideas, projects, and experiences are necessary to stimulate creativity and emulation.

– To lead a Catalan project that gathers several political sensitivities and that is intrinsically linked to the federal and European cause: Working to make Europe present in Catalonia and Catalonia in Europe, becoming a public landmark with a clear willingness of transversality and collaboration between institutions and committing actively to a European federalist, plural and progressive project.

– To analyze and disseminate Pasqual Maragall’s thought and political action: updating and expanding his legacy to provide new answers to global challenges of the future. At the same time, the FCE manages Maragall’s archives to provide opportunities to study and analyze his personal and political career.

– To promote debates and the generation of knowledge in line with the FCE interests: articulating the Catalan and the European perspectives and involving business, social and institutional sectors

-Debates: regularly organized round tables in which relevant speakers from the political, cultural and intellectual spheres, both Catalan and European, debate diverse topics of the Catalan current affairs and to raise awareness about European issues.
-Seminars: facilitated work spaces that gather professionals from various fields to analyze and propose actions with a clear aim to influence the public sphere.
-Dinners: informal spaces for the exchange of current topics with the goal of networking and articulating different sectors of society.
-Awards and scholarships: to promote research on key issues for Catalonia and Europe and to identify young talents in the academic and scientific world. Likewise, to collaborate with academic institutions to build bridges between the educational and professional field.