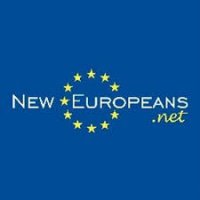 New Europeans is a non profit organisation created in the UK in reaction to the referendum proposed by UK’s government on UK’s EU membership.

We are New Europeans, citizens of one of 27 European states able to live, study, work or do business in another - thanks to the EU.
The prospect of a referendum in Britain on whether the UK should remain a member of the EU directly affects us and our rights as EU citizens.

We intend to make ourselves heard on the value of EU citizenship, ensuring that New Europeans and new generations of Europeans have a voice, in the unfolding debate about the future of Europe and about Britain’s place in the EU.

– As New Europeans, we can take the lead in reaching out to political institutions in Europe. This can include local councils and national governments, just as much as the institutions of the EU.
– Creation of working groups looking at aspects of policy-making such as ethical banking or the green economy that cut across the boundaries of EU and national policy-making and so require both a European and coordinated national responses.
– Facilitate EU citizens participation in UK debates. By holding meetings in Parliament at Westminster, we can help make EU citizens from across Europe feel at home in the UK and so assist integration into the social and political life of this country.
– Similarly, when visiting politicians or civil society figures visit London from other EU countries, we can facilitate meetings and dialogue with EU citizens living in the UK as part of our sense of ourselves as citizens not just of the UK but of Europe.