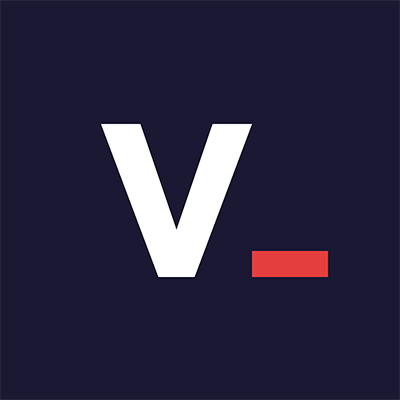 Website of European news, managed by a non profit association. VoxEurop publishes, five days per week, a selection of the best news and views on European topics from over 400 sources in Europe and around the world, translated into up to 10 European languages (Czech, Dutch, English, French, German, Italian, Polish, Portuguese, Romanian, Spanish).

VoxEurop replaces from 22nd may 2014 Presseurop.

Over four and a half years, Presseurop emerged as one of the top sites for European news. Publishing in 10 languages, it reached more than 70 percent of the EU population and attracted up to 600,000 unique visitors per month, more than 50,000 followers on Facebook and a similar number on Twitter. With its unique multilingual commenting system and its multinational community of readers, Presseurop became a major hub for debate on European issues and contributed to the development of a true European public space.

There was a large outpouring of support for Presseurop following the announcement that the site would close on 20 December 2013 due to the end of its contract with the European Commission, which was its source of funding. European citizens, journalists, political leaders and EU commentators perceived Presseurop as a valuable asset that should be given a chance to flourish. Members of the European Parliament, including European Parliament president Martin Schulz, called for the service not to be discontinued. A petition on Change.org attracted nearly 20,000 signatories.

Some core members of the Presseurop team – journalists, translators, a developer and a designer – decided to continue the service under the name of VoxEurop. They created a non-profit organisation that took over Presseurop from the news organisations that were operating it, as well as its back office and archives. With a new name more in tune with the goal of creating a truly European service to reflect all of the voices in Europe – not only voices from the press, but also those from social networks and individual citizens – VoxEurop maintains the principle of publishing content in up to 10 languages. In so doing, it aims to make an even greater contribution to the emergence of European public opinion, which is an indispensable condition for real democratic debate at the level of the continent and thereby the emergence of a European public space.

VoxEurop aims to keep Presseurop’s position as a premier website for European news, both in terms of influence and traffic. Thanks to its unique features – content published in 10 languages, with a single integrated system for multilingual reader comments – VoxEurop aspires to be a major player in European citizen debate and a tool for building true European citizenship.

VoxEurop is not a specialist news organ nor an insider source aimed at professionals in the “Brussels bubble”, but rather a mainstream news site appealing to the general public.

VoxEurop publishes fully syndicated or summarised articles, cartoons, blog posts and news briefs on: political, social and economic news of the European Union, countries in the EU and elsewhere in the world with a topical dimension linked to EU current affairs the role, policies and decisions of EU institutions and their impact on EU member states and citizens, as well as the rest of the world EU citizens’ reactions to EU policies, the problems experienced by EU citizens and residents (from different perspectives), and the solutions provided in the various regions where these problems arise, relations and cooperation between the EU and non-EU countries and the EU as seen from abroad, the different peoples and cultures in the EU and their relations with the rest of the world, culture and cultural news in Europe, social trends in European countries

VoxEurop has a unique feature: citizen involvement by means of discussion, article proposals, and translation of comments and article summaries. VoxEurop is the only European news site to offer such a multilingual commenting platform. Dubbed as “essential” by European parliament’s president Martin Schulz, it has generated much positive feedback and helped encourage rapid growth of reader participation on the site.

VoxEurop provides readers with the possibility of reading, responding and debating in their own language on issues that concern all Europeans.

VoxEurop gives visibility to news organisations and contributors beyond their national and linguistic borders and provides journalists all over the world with first-hand news from sources to which they would not otherwise have access.

Presseurop had 600,000- plus unique visitors monthly, an audience that by definition is multinational and multilingual. VoxEurop aims at increasing that audience. Currently we have more than 200.000 visitors monthly, 50,000+ Facebook fans and 50,000+ Twitter followers (including all languages).

From the beginning, VoxEurop has relied on voluntary involvement by some of the experienced journalists who worked on the site between 2009 and 2013. New journalists have joined VoxEurop since its launch in May 2014. When fully financed, VoxEurop will rely on an editorial team of 16 full-time staff, in addition to a network of contributors.

VoxEurop will finance its activity from a wide range of resources:Private organisations (think-tanks, foundations), Public financing (EU, national governments, local governments, crowdfunding & readers’ donations, Use of the VoxEurop brand and asset (site and staff) for commercial purposes (including but not limited to use licence), content reselling (for copyright-free content, such as press reviews or surveys) to third parties, advertising, reselling of technical or editorial expertise to third parties.

The Association will continue the current partnerships with other media and seek other partners, particularly those focused on European issues. Some of them, like euro|topics, have already showed their interest. Partnerships can range from links and content exchanges to participation in events organised by media and other organisations.