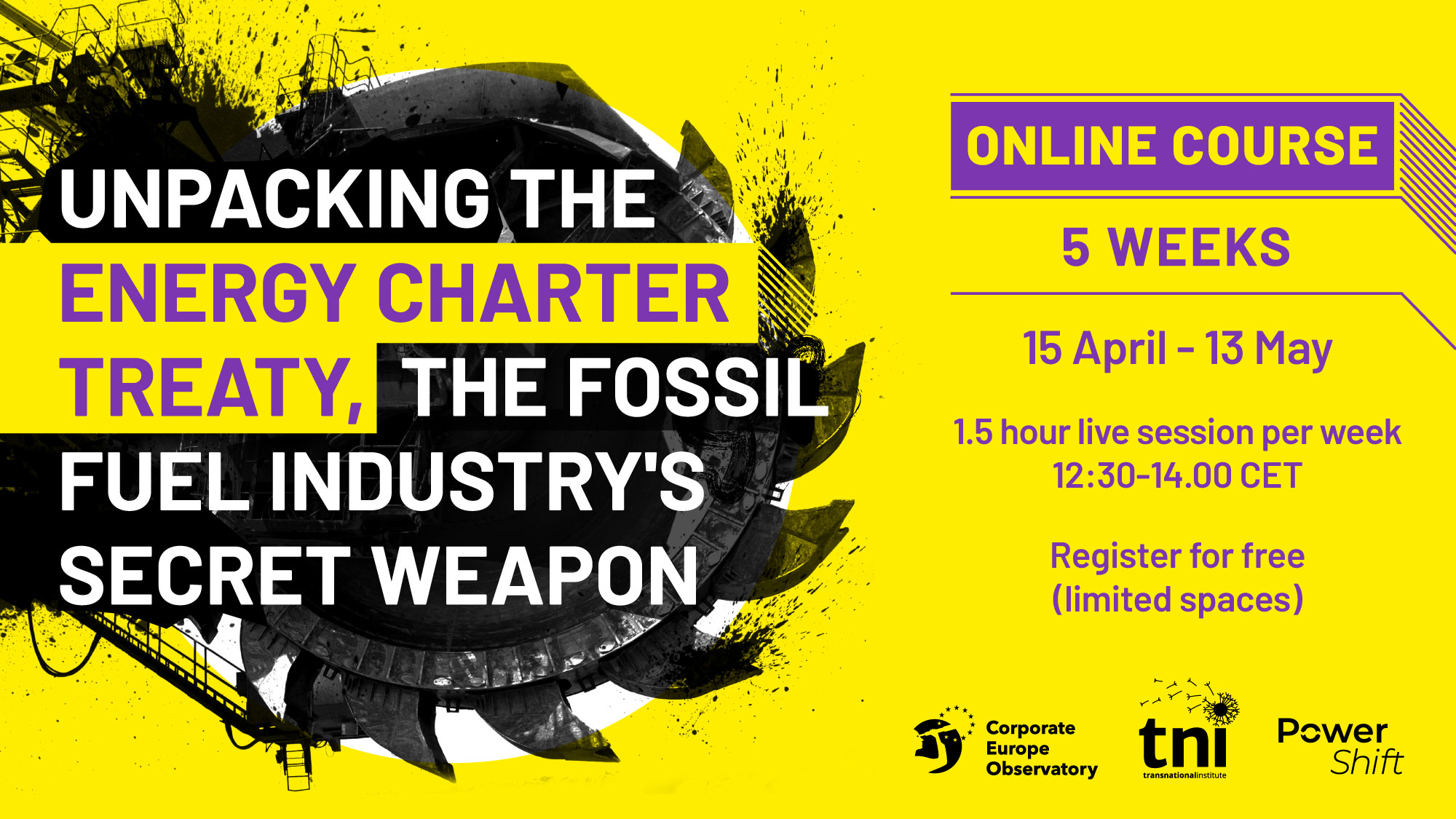 More information on the online course

The Energy Charter Treaty is an obscure international treaty giving corporations the power to sue governments for billions for climate action, including policies to phase out coal, ban oil drilling, or reverse failed energy privatisations. The ECT poses a fundamental threat to our democracies, people, and the planet. Companies have already cashed in over $51 billion in taxpayers’ money, and they’re after $35 billion more. The good news? A movement is growing to stop this dangerous treaty.

Join an online course for activists, trade unionists, policy-makers and journalists to get up to speed with all key relevant aspects of the debates around the ECT in just 5 weeks, through a highly interactive methodology.

What will I learn?

In just 5 weeks, participants will gain better understanding and capacity to debate on: