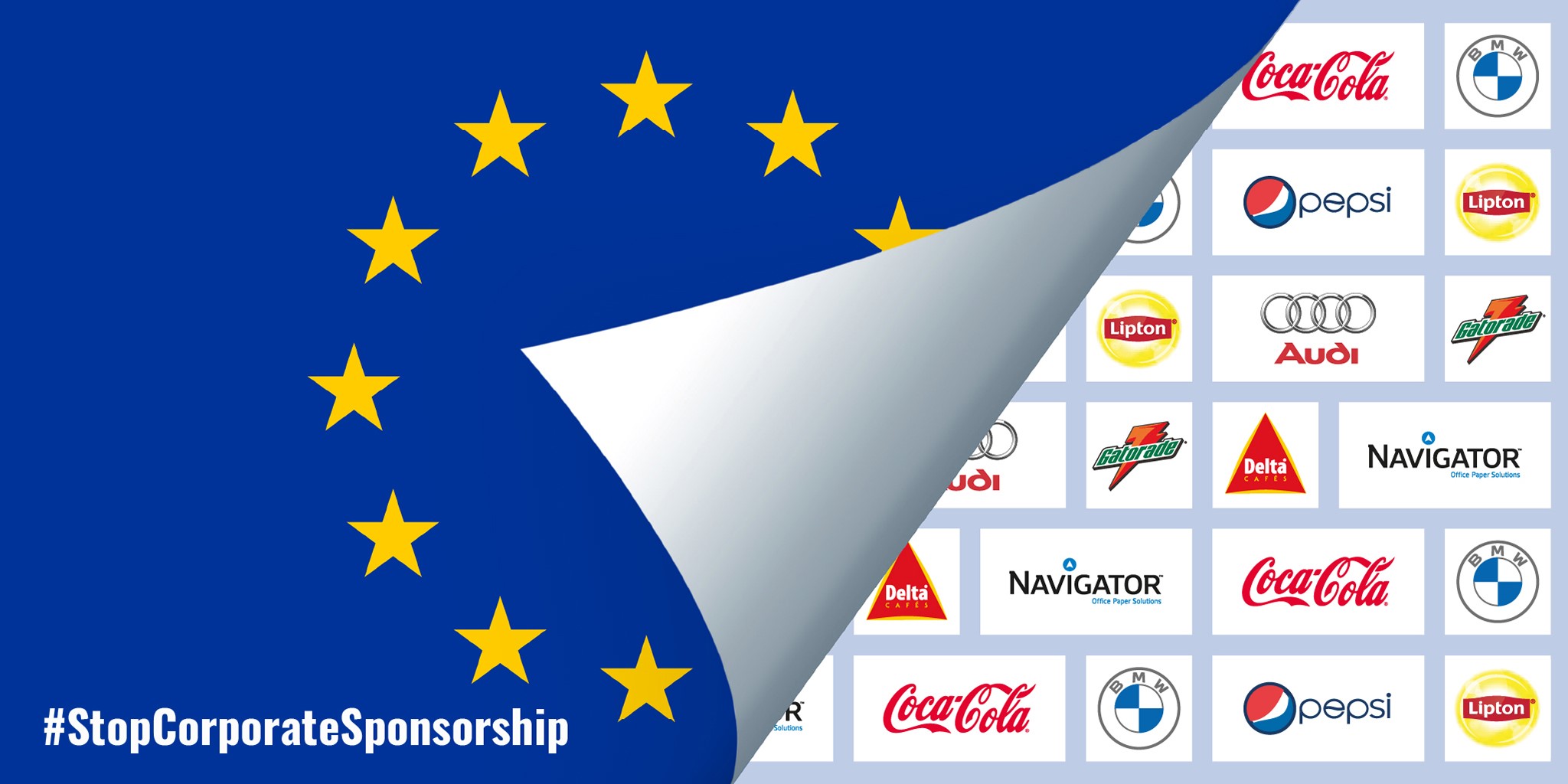 For more than 15 years, member states holding the EU Council presidency have accepted sponsorship deals with some of Europe’s biggest companies. Take action today to demand an end to this dodgy practice for once and for all!

Coca-Cola, BMW, and other big corporates have been sponsoring the EU Council Presidency for years and this shoddy practice continues until today. The Portuguese Government has accepted sponsorship from three companies for its current Council Presidency, including the distributor of PepsiCo in Portugal (sumol + compal), and The Navigator Company, Europe’s largest paper products company which has been associated with monoculture plantations and forest fires in Portugal, and land-grabbing in Mozambique.

This is unacceptable. How can EU governments be signing deals with companies whose products are in direct contradiction with the stated aims of the EU? The EU Green Deal and Farm to Fork Strategy, the EU Cancer Plan all recognise that what we consume has direct effects on health and the environment – and yet the companies producing sugar-filled soft drinks are being actively promoted by our decision-makers. Other deals in recent years have been with fossil fuel companies, car manufacturers, and Big Tech.

Last year, a foodwatch complaint to the European Ombudsman Emily O’Reilly was a success: she agreed that these deals with companies were a reputational risk to the EU and that guidelines should be put in place.

But after six months, our 27 member state governments have not agreed any guidelines and seem set on weakening the already-problematic proposal that is on the table.

We want to make it easy for them. The only guideline needed is NO SPONSORSHIP deals between governments holding the EU Council Presidency and companies.

We are calling on the Prime Minister of the current EU Council Presidency, Antonio Costa of Portugal, and all member states’ ambassadors to the EU to do the right thing and ban all future sponsorship deals. Please take action and send a clear message to them all before any more deals are signed.

Your email will be sent to Prime Minister Costa and all Ambassadors to the EU of the 27 member states.