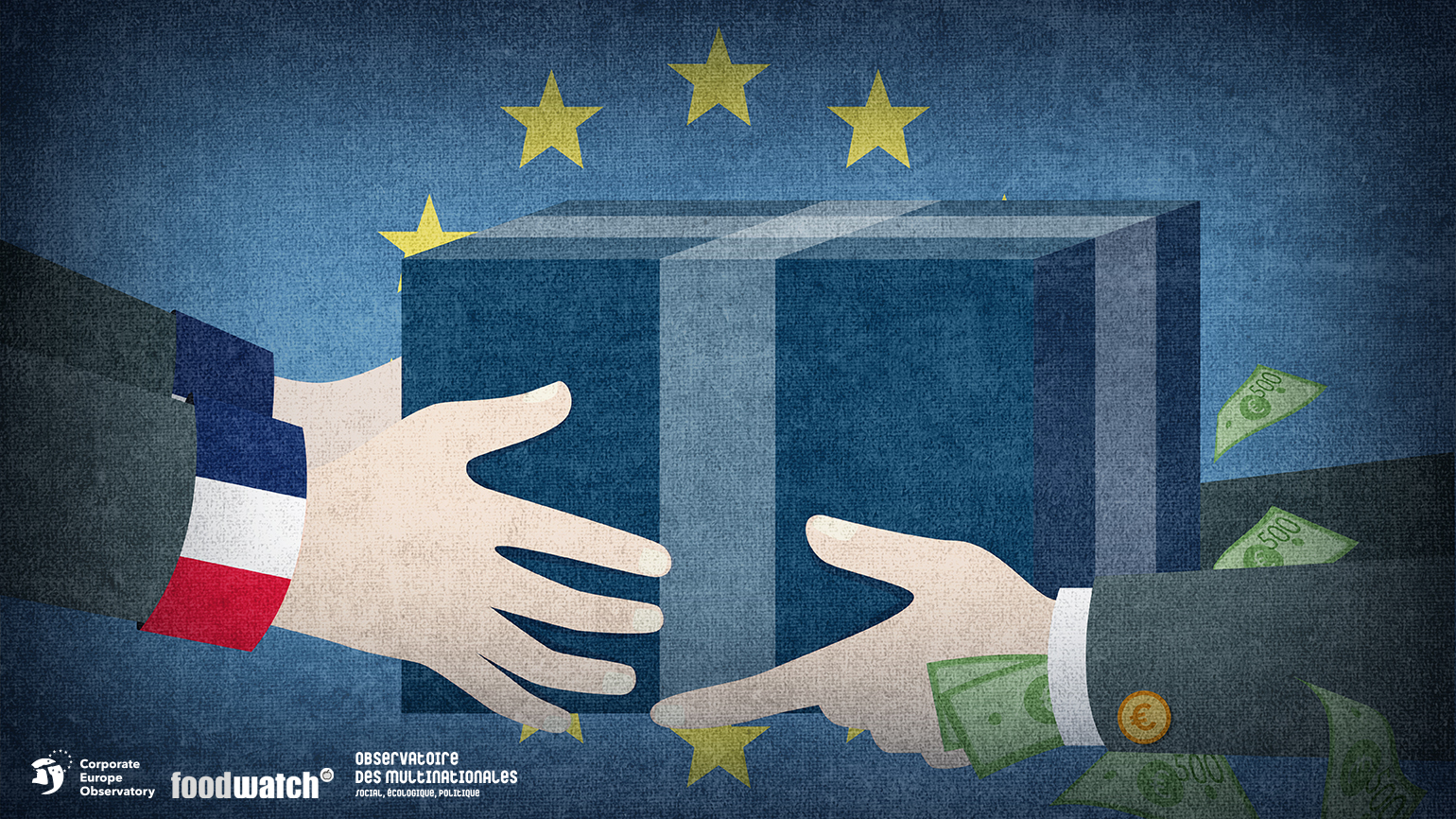 [Petition] No sponsorship deals for the French EU Presidency

On 1 January 2022, the French Government will kick off its stint at the helm of the Council. Take action today to send a clear message to President Macron to say NO to dodgy sponsorship deals for the Council presidency.

From Coca-Cola branding, to fleets of BMW cars carrying ministers around, and the logos of Big Tech and fossil fuel companies being plastered on EU presidency websites, dodgy corporate deals during the rotating presidency of the Council of the EU have become the norm. Join Corporate Europe Observatory, foodwatch, and Observatoire des Multinationales in demanding that the French Government gives a strong message to citizens and other member states that these irresponsible deals have no place in a democracy.