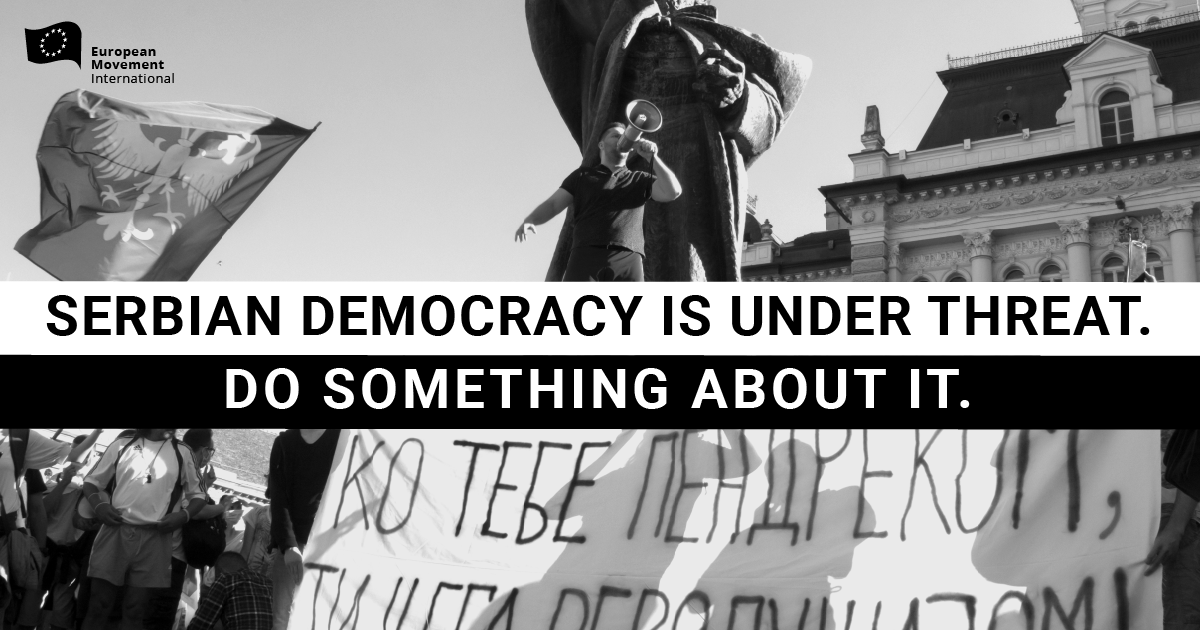 [Petition] Serbian democracy is under threat – The EU must act

Serbia has experienced a steady descent away from European democratic norms. Recent events constitute a negative development for democracy and civic space in a country that aspires to join the European Union. With citizen trust already low, the government’s handling of the pandemic crisis has fuelled protests. The brutal crackdown of those protests was disproportionate. Trying to silence protesters and journalists through the exercise of force is a violation of fundamental rights.

Serbia needs democratic and structural reforms, that will safeguard inclusive and transparent decision-making, strengthened by an independent media and permitting dialogue with civil society. The transformative power of European integration has at its core the need for demonstrating respect for the rule of law and fundamental democratic principles, according to the EU’s founding values. The EU must help Serb citizens to defend democracy and ensure that the Serb government lives up to its responsibilities in the context of the accession negotiations.

Join us in addressing Europe’s leaders. Sign our petition and add your voice!

Help us to reach as many people as we can – share this petition on social media and forward this email within your network.