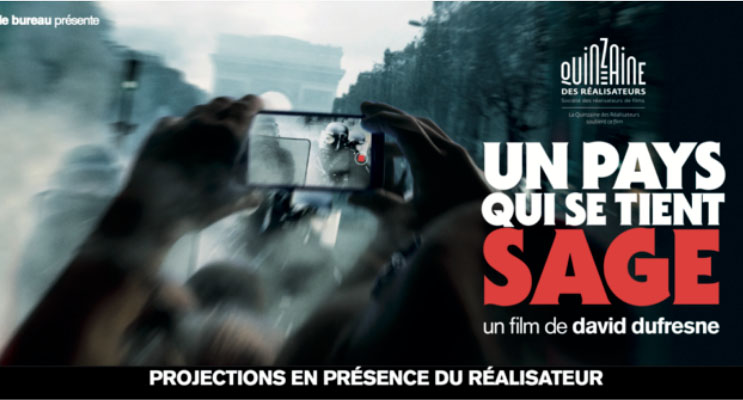 Support to the documentary “The Monopoly of Violence”

Support to the documentary “The Monopoly of Violence”

« As anger and resentment grow in the face of social inequalities, many citizen-led protests are being repressed with an ever-increasing violence ».

In France, the yellow vest movement has been going on for two years, with many cases of police assaults and misconduct.

The Monopoly of Violence (« Un pays qui se tient sage ») by filmmaker and journalist David Dufresne, is a documentary about this police violence in contemporary France. It is also and mostly, the start of a much needed reflection on states’ legitimacy to make use of violence against their citizens (as per Max Weber’s definition of the state as “a human community that successfully claims the monopoly of the legitimate use of physical force within a given territory”) and the question of security Vs. liberty in “liberal” democracies.

The documentary’s powerful images of the yellow vest protests speak for themselves about the abuses of power -by the police serving the state rather than the people- and the rise of authoritarianism that we are witnessing without even realizing the full extent of its effects.

Besides the denunciation of these abuses, and beyond the emotional reactions they provoke, the film aims to start a reflection (with interviews of intellectuals, police officers, victims of police assault…) on democracy and the evolution of our “social contract” with the state.

Last Spring, Citizens for Europe had the opportunity to meet with David Dufresne and Bertrand Faivre (producer), to exchange on this very timely project. The question of the erosion of democracy and the shrinking civic space being at the heart of CFEU’s 2020 priorities, we decided to support the project with 5.000€, to encourage, though the cultural approach, the debate on attacks to democracy.

The documentary, which will be distributed in France as from 30 September by Jour2Fête, is supported by the Directors’ Fortnight Cannes 2020 and will be featured in the Spotlight selection of the 58th New York Film Festival.