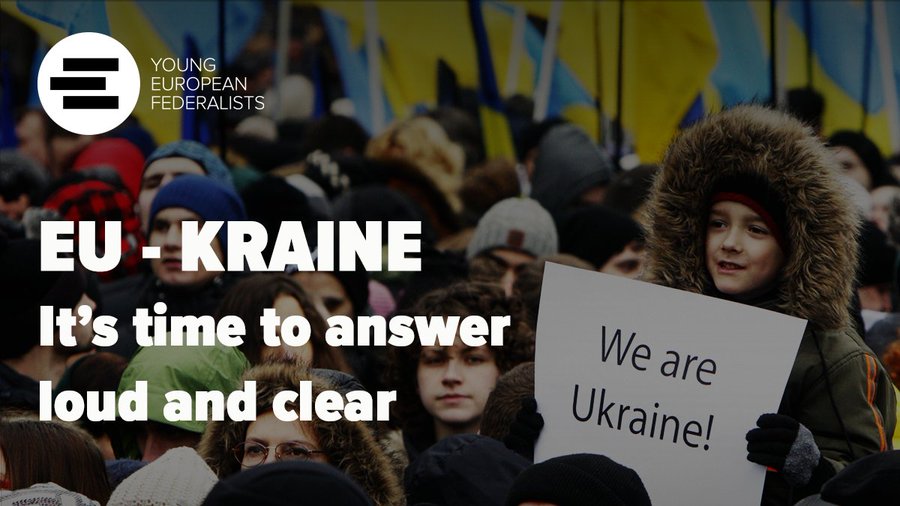 Dear Heads of State and Government of the European Union,

As we all admire the courage of Ukrainians fighting against the invasion by the Russian regime supported by Lukashenka’s Belarus, citizens all across Europe are showing their support for Ukraine. We were hundreds of thousands marching in the streets of Europe calling for peace and screaming that we stand with Ukraine.

That solidarity must become more concrete and effective. Europe is larger than the current membership of the European Union. You asked citizens to discuss the future of Europe, they answered your call: the future of Europe goes beyond the Eastern border of the Union. Ukraine is Europe. Indeed in the past days, Ukrainians have defended not only their country, but also our common European values.

In the face of the COVID-19 pandemic, the EU rose to the challenge with the Next Generation EU recovery fund. We are now at an even more crucial moment. After some initial self-doubt, the EU has embraced its political ambition, sending help to Ukraine and deploying the boldest package of economic sanctions on the aggressors. It is now your duty as European leaders to write the next chapter for a united Europe: enlarge and defend.

We therefore demand that you grant EU candidate status to Ukraine, as well as to Moldova and Georgia. They have shown their European commitment, they are paying the price for it. The European Union must now commit to our common destiny with a loud and clear voice!

We also request the candidate status to be granted to pre-accession countries Bosnia-Herzegovina and Kosovo at the same time, and new energy to be invested in the enlargement process of current candidate countries Albania, Montenegro, North Macedonia and Serbia.

The Union must truly protect its own. We therefore urge you, leaders of the Commission and of the European Council, to finally develop a genuine Foreign, Security and Defence Union, starting with the financial means to defend ourselves and ensure the safety of all Europeans, at home and abroad. The EU cannot repeat its past mistakes: it needs the political power to avoid new wars in Europe and to promote democracy, human rights, the rule of law and environmental protection.

The path we propose to follow is neither easy, nor certain. We do not want to downplay the work needed to verify accession criteria and commitment to reform, before accession negotiations can be opened and before those countries join the European Union or to establish investment structures and military deployment capabilities. That said, historic times require a historic response. When the credibility of the European project is at stake, it is time to act decisively and for the EU to act as one.

We must now move towards completing our Union. Ukraine is Europe, Moldova is Europe, Georgia is Europe!