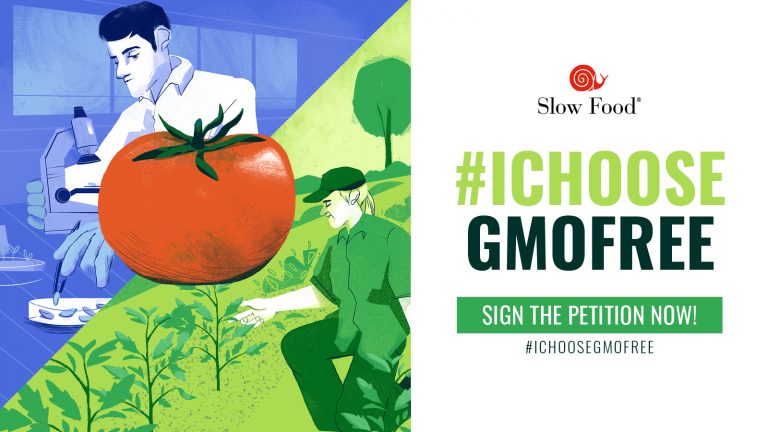 These companies have been lobbying the European Commission for years to exclude new GMOs from the European GMO regulation, making unsubstantiated claims on the supposed benefits for sustainability, pesticide reduction and climate. But as they also hold patents on the seeds engineered with these techniques, their true motivation remains to increase their profits. Such an industry takeover of seeds would seriously threaten farmers’ seed autonomy and agricultural biodiversity as a whole.

Now the European Commission plans to exclude new GMOs, which they call new genomic techniques (NGTs), from the approval processes of the existing EU GMO legislation. Under the current rules, old and new GMOs are subjected to EU authorisation, which ensures risk assessment for human health and the environment, transparency for producers and farmers, and clear labelling for consumers. Excluding new GMOs would prevent farmers, food producers, retailers, and citizens from opting for GM-free choices. We have the right to decide what we eat and grow in our fields!

MAIN DEMAND: We urge our governments and European decision makers to take a strong stand against any attempts to exclude new GMOs from the existing EU GMO legislation and to uphold mandatory safety checks, transparency and labelling for all GMOs to guarantee the safety of our food, as well as to protect nature, the environment and our freedom of choice.

Slow Food is joining the #IChooseGMOFree campaign alongside a wide coalition of organizations from across Europe, to ask EU citizens to sign our petition addressed to national policymakers and Members of the European Parliament (MEPs), asking them to take a stand against the deregulation of new GMOs in Europe.

National policymakers and MEPs were respectively appointed and elected to represent our best interests. They have the power to stop the European Commission’s plan to relax the rules for new GMOs which present risks to our health, the environment, and our food sovereignty. Let’s remind them we want to keep our freedom to choose GM food or not!

A Bit of Context
Under the current European regulation, new GMOs (obtained with new techniques of genetic modification such as CRISPR) are subject to the EU GMO rules, which means they must be clearly risk-assessed, labelled and traceable throughout the whole food chain.

This positive status quo is being jeopardized by agri-food lobbies and corporations, who want the EU to exclude new GMOs from the current GMO rules, claiming that they can help food systems become “sustainable”. This would meand that they would no longer be traceable, risk-assessed nor labelled.

In other words, farmers, food producers, retailers and consumers would no longer be able to reject GM products and opt for GM-free choices. Unfortunately, the European Commission is falling into the trap, and wants to make it easier for the agro-biotechnology industry to develop and commercialize new GMOs!

The European Commission plans to submit a proposal to regulate new GMOs (“new genomic techniques”) in the coming months. In 2020, they published a study that showed the EU Commission’s clear desire to explore the possibility of deregulating new GMOs. Several European countries also seem to be in favor of opening that door.

In view of the European Commission’s upcoming proposal, we call on every EU citizen to sign our petition addressed to national policy makers and Members of the European Parliament, who can stop the deregulation of new GMOs in Europe.