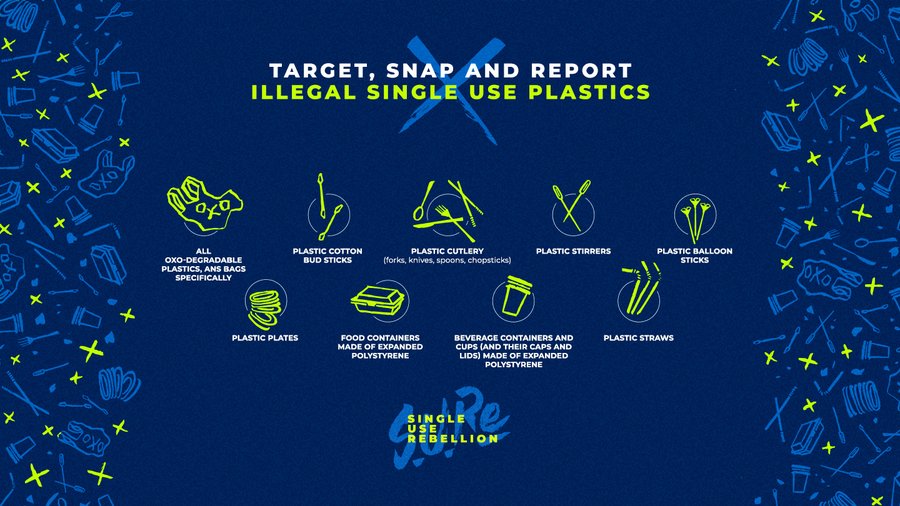 …but today can we really call it a success ? The directive requires all Member States to nationally ban several polluting items before the 3rd of July 2021. Let’s not be fooled by companies companies, shops and nations that are still not respecting this european directive.

We want more than a law, we want it to be real!

Because we are S.U.Re it’s necessary to ban single-use plastics out of our life to preserve the ocean, we created the Single-Use Rebellion.

The S.U.Re campaign is a movement in which every citizen can turn from consumer to rebel.

Many single-use plastics are now illegal in Europe but many shops continue to sell them.

S.U.Re is a movement led by Surfrider to challenge the brands and countries that do not respect the european law.

Let’s turn consumers into rebels by joining the movement!