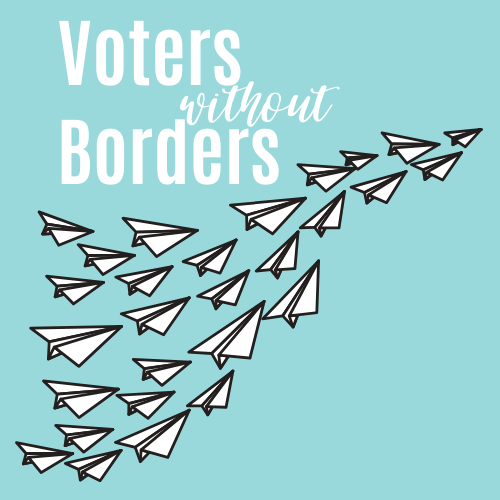 We want the EU to improve its political and social rights. We are, as you surely are too, interested in many of the areas the EU is involved in, from climate change to social rights. The way to participate in political life for many who don’t have the time to engage in civil society organizations or stand as a candidate is straightforward: YOU NEED TO VOTE.

But, even if the EU can have far-reaching power, the Member States still have reserved matters. And since the number of people using their freedom of movement increases every year, it seems totally natural that they should have a word in the decision-making process of their countries of residence, where they work and pay their taxes. Isn’t this the whole point of citizenship anyway? Well, we think it is. Citizenship is about the right to express what you want for yourself, your children, your peers. In a Union such as the EU, the citizens on the move should have the same voice as the nationals. We believe that freedom of movement should come with full political rights. Let us be clear: we share the same duties, WHY NOT THE SAME RIGHTS?

We are asking for your help to launch this ECI demanding full political rights for 17 million EU citizens living in another Member State. Currently, they only have partial political rights to vote and stand in European and municipal elections but not in regional elections or the ones which really count, the national ones, or to participate in referenda. We are setting out to remove this stain on European democracy.

Those of us who are long standing advocates for a more democratic citizens’ Europe should feel passionately about this ECI. Haven’t we tended to invest more in defending other European rights and to follow the latest fashion in democratic participation, take for granted that there is universal suffrage and overlook the basic principle of one person one vote? Perhaps out of a misguided sense of the fragility of European citizenship, many of us are guilty of failing to speak out against the low turnout of transnational voters and to recognise that the existing legislation is not fit for purpose.

We have no hesitation in asking you to contribute towards this campaign, which is being led by the young generation pooling their talents on a voluntary basis. We want to prove that successful ECIs collecting over 1 million signatures are not just an instrument for well -resourced organisations. Some resources are however essential. Our ECI has been submitted to the Commission which has yet to give us the go ahead. The task force is in the preparatory phase of creating the multi-media and multilingual platform for the ECI and reaching out to European and national partners. Our budget for this preparatory phase is 20,000 euros. If we achieve this target it will allow us to communicate the ECI and hit the ground running when we start to collect signatures.

Could you please therefore make this ECI possible by your support?  We have set a minimum of 20 euros. If you agree to make a contribution could we please list you as a supporter on the website of the ECI and send you regular updates of our progress? Just one click here is necessary to reach a response form and our pay pal account. We are also asking for any stories you have about voting across borders, suggestions for potential partners and contacts with others who could be interested in joining our inner circle of supporters co-creating this initiative.

During the European Parliament Elections of 2019, never as before, young people were really involved and enthusiastic about promoting the importance of voting at the EU level. Their increased interest in the EU was almost unbelievable. The ECIT Foundation Summer University that took place in September 2019 was the occasion where civil society realized that, indeed, the young generation could also get more and more committed in the civic life and in the decision-making progress. ECIT founder and director, Tony Venables and Petar Markovic who have long thought about launching an ECI came to such conclusion “Why not jump in this youth-led enthusiasm train and give young people the instruments to make their voice heard in the EU?”. That is where the idea of gathering a task-force of people aged under 30 emerged. And… here we are!

Reform of the existing legislation and full political rights can help achieve stronger European citizenship, the democratisation of freedom of movement and better integration of those on the move with local communities. There are increasing calls from the 17 million of Citizens on the move to be much better represented! We are also demanding more research on transnational democracy about which there is insufficient knowledge, with a view to extending political rights for EU citizens to migrants from outside the EU.